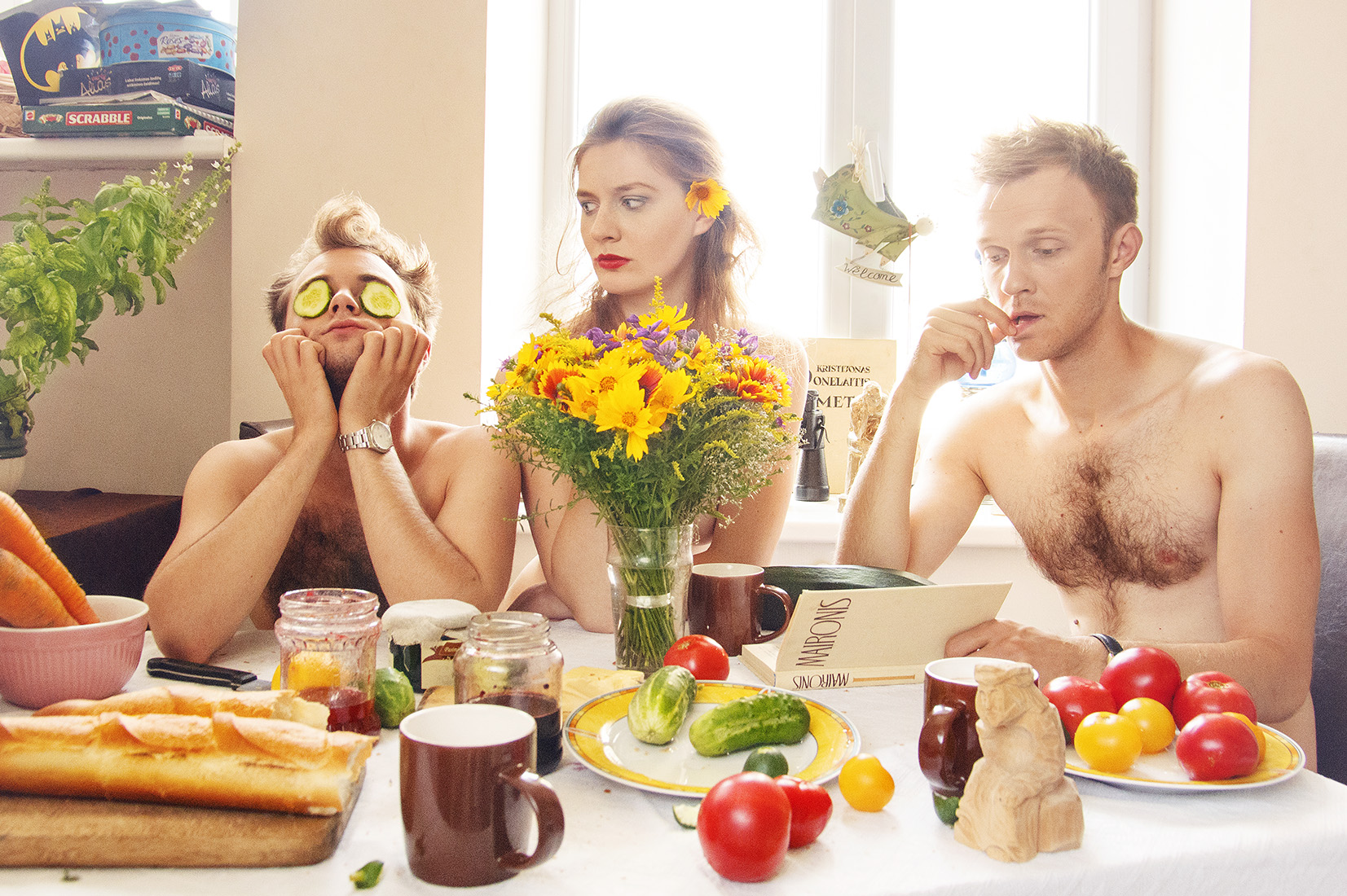 LIŪDNI SLIBINAI (en. Sad Dragons) is a theatrical music band created by the Lithuanian actors of the new generation. Fusing together classical Lithuanian poetry with the modern sound, these musical hooligans cannot be pigeon-holed into any conventional genre. The group is well known for its energetic performances, stage antics, positive sadness, witty and self-depreciating irony.

The group has been awarded Saulius Mykolaitis memorial prize. For two consecutive years, Liūdni Slibinai have got numerous nominations in M.A.M.A. music awards, the main music award event in Lithuania, picking up the Best Band award at M.A.M.A. Awards 2012. Liūdni Slibinai also won the People’s Choice Award at the alternative music awards T.Ė.T.Ė 2011. In 2012, the smallest member of the band Dominykas Vaitiekūnas have been recognized as the Most Charismatic Artist of the Year.

The group’s music is an original take on well-known Lithuanian poetry or folk songs lyrics incorporating pop, rock, hip-hop and even drum&bass elements. Borrowing the lyrics from the poems by such Lithuanian classical poets as Maironis, K. Donelaitis, A. Baranauskas, J. Marcinkevičius, H. Radauskas, these hooligans-actors-musicians-comedians touches upon the issues that the modern man faces.

Over a short period of five years since its inception, the Liūdni Slibinai has been awarded the Best Lithuanian Band title, and has performed around 250 concerts in the largest Lithuanian cities and festivals and brought their music to the UK, Germany, USA.

In autumn 2010, the Liūdni Slibinai released their debut album entitled “Albumas, raginantis tautą“ (The Album Calling the Nation”. In autumn 2012 the band has successfully launched their second album “Albumas be jokių Ė” (An Album Without Es), a call for people to get rid of soul preservatives. In autumn 2013, to mark their fifth anniversary, the Liūdni Slibinai released a song collection “Imkit mane ir klausykit” („Take Me and Listen) created using the writings of the renowned Lithuanian poets.